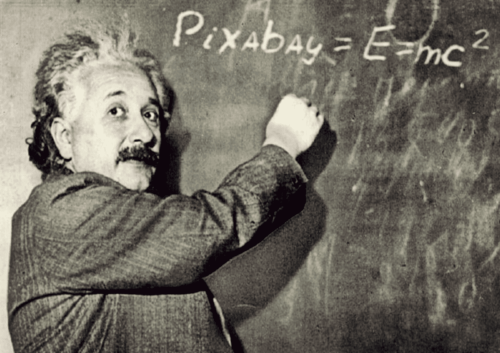 Albert Einstein is probably the most famous and iconic scientist who have changed the world and what we think about the universe.

Born in 1879 in Germany and lived for 76 years (died in 1955), he was a scientist who specialized in Physics. He is also known as a theoretical physicist (a scientist who try to figure out how the world and universe works) and is best known for his theory of relativity.

He eventually moved to the United States in 1933 and never returned to Germany as he did not feel safe because of the events that led to World War II. He later became a professor of theoretical physics at Princeton and a U.S. citizen.

His theories around relativity were inspired by a gift from his father at the age of five. It was a compass where he got fascinated by the invisible magnetic forces deflecting the compass needle. This led to his lifelong passion with unseen forces.

Before becoming a physicist, he was first trained as a teacher. When he did not manage to find a job as a Math and Physics teacher, he decided to obtain a Ph.D. in Physics in 1905 – a momentous year for him when he published four ground-breaking papers in just 12 months.

This equation describes how matter (the tiny particles that make up everything in the world) can be turned into energy (E – energy; m – mass; c – speed of light). This also formed part of his general theory of relativity which he worked on over the next decade. This theory was initially worked on by other scientists, but Einstein was the first to put the whole theory together in 1915 which enthralled the whole world.

Besides being known for his theory of general relativity (an explanation of gravity), he also discovered the photoelectric effect (which explains the behaviour of electrons under certain circumstances where light should be thought of as a stream of particles/photons instead of just a single wave).

His work earned him a Nobel Prize in 1921, and he continued working on theories until his death. He tried in vain to unify all the forces of the universe in a single theory, or a theory of everything, which he was still working on at the time of his death.

In 1939, he famously penned a letter to President Franklin D. Roosevelt warning that uranium could be used for an atomic bomb.

Other interesting facts about Einstein include him being a civil rights activist before the civil rights movement and him being asked to be the president of Israel in 1952.