What are you tested on? O Level Physics Topic: Kinematics 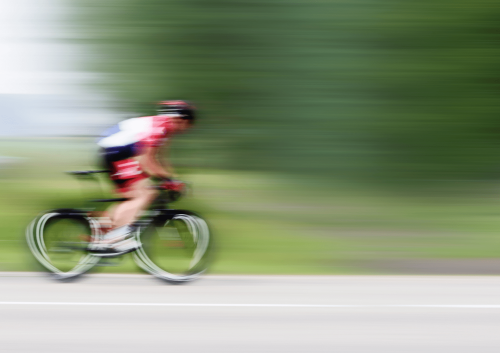 To study smart and ace your exams, you should study with the understanding of what you would be specifically tested on, and what are the expected learning outcomes as set by the GCE O-level Singapore Examinations and Assessment Board.

Below is some key information about “Kinematics” as an O-level Physics exam topic, and the desired learning outcomes.

Kinematics is a subfield of physics, developed in classical mechanics, that describes the motion of points, bodies (objects), and systems of bodies (groups of objects) without considering the forces that cause them to move. Kinematics, as a field of study, is often referred to as the “geometry of motion” and is occasionally seen as a branch of mathematics. A kinematics problem begins by describing the geometry of the system and declaring the initial conditions of any known values of position, velocity and/or acceleration of points within the system.

Kinematics is a topic within Newtonian Mechanics, the branch of physics that deals with the study of motion and its causes. The greatest contribution to the development of mechanics is by one of the greatest physicists of all time, Isaac Newton. By extending Galileo’s methods and understanding of motion and gravitation, Newton developed the three laws of motion and his law of universal gravitation, and successfully applied them to both terrestrial and celestial systems to predict and explain phenomena. He showed that nature is governed by a few special rules or laws that can be expressed in mathematical formulae.

O-level Physics candidates should be able to:

[Source: Above information is extracted from the Singapore Examinations & Assessment Board Singapore-Cambridge O-level Physics Syllabus 6091 for the Year 2022 – https://www.seab.gov.sg/docs/default-source/national-examinations/syllabus/olevel/2022syllabus/6091_y22_sy.pdf ]

Are you starting to feel rather overwhelmed by the O-Level Physics topics and exams? You don’t have to as there is always help available! At Concept First, we offer O-Level or upper secondary levels (secondary 3 and secondary 4) Physics tuition classes, including Physics practical classes. More than 95% of our students have achieved A1, A2 or B3 for their Physics subject, and 100% of our surveyed students said they would recommend Concept First teachers to their friends. (https://conceptfirst.com.sg/2021-survey-results/)

Having taught more than 1,000 students from over 90 schools all over Singapore and being the pioneer in offering Physics practical lessons with a fully equipped Physics lab, we understand what works! Check out our Physics tuition classes here.