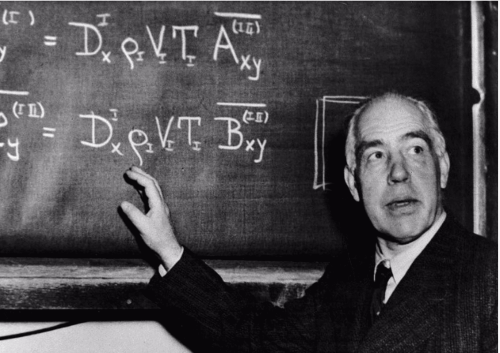 “Every great and deep difficulty bears in itself its own solution. It forces us to change our thinking in order to find it.” ~Niels Bohr

Niels Bohr was one of the foremost scientists of modern physics, best known for his substantial contributions to quantum theory and his Nobel Prize-winning research on the structure of atoms. Some of his major contributions include:

Bohr’s greatest contribution to modern physics was the atomic model. The Bohr model shows the atom as a small, positively charged nucleus surrounded by orbiting electrons.

Bohr was the first to discover that electrons travel in separate orbits around the nucleus and that the number of electrons in the outer orbit determines the properties of an element.

Bohr’s theoretical work contributed significantly to scientists’ understanding of nuclear fission. According to his liquid droplet theory, a liquid drop provides an accurate representation of an atom’s nucleus.

This theory was instrumental in the first attempts to split uranium atoms in the 1930s, an important step in the development of the atomic bomb.

Bohr’s concept of complementarity states that an electron can be viewed in two ways, either as a particle or as a wave, but never both at the same time.

This concept, which forms the basis of early quantum theory, also explains that regardless of how one views an electron, all understanding of its properties must be rooted in empirical measurement. His theory stresses the point that an experiment’s results are deeply affected by the measurement tools used to carry them out.

With so many achievements under his belt, here are some interesting facts about Niels Bohr that you may not have known.

Bohr’s explosion causing, glass breaking exploits were from his inorganic chemistry experiments which was another field he studied.

He has an element named after him on the periodic table

Bohrium is the name of the element. It is highly radioactive and does not occur in nature.

Despite his contributions to the U.S. Atomic Energy Project during World War II, Bohr was an outspoken advocate for the peaceful application of atomic physics.